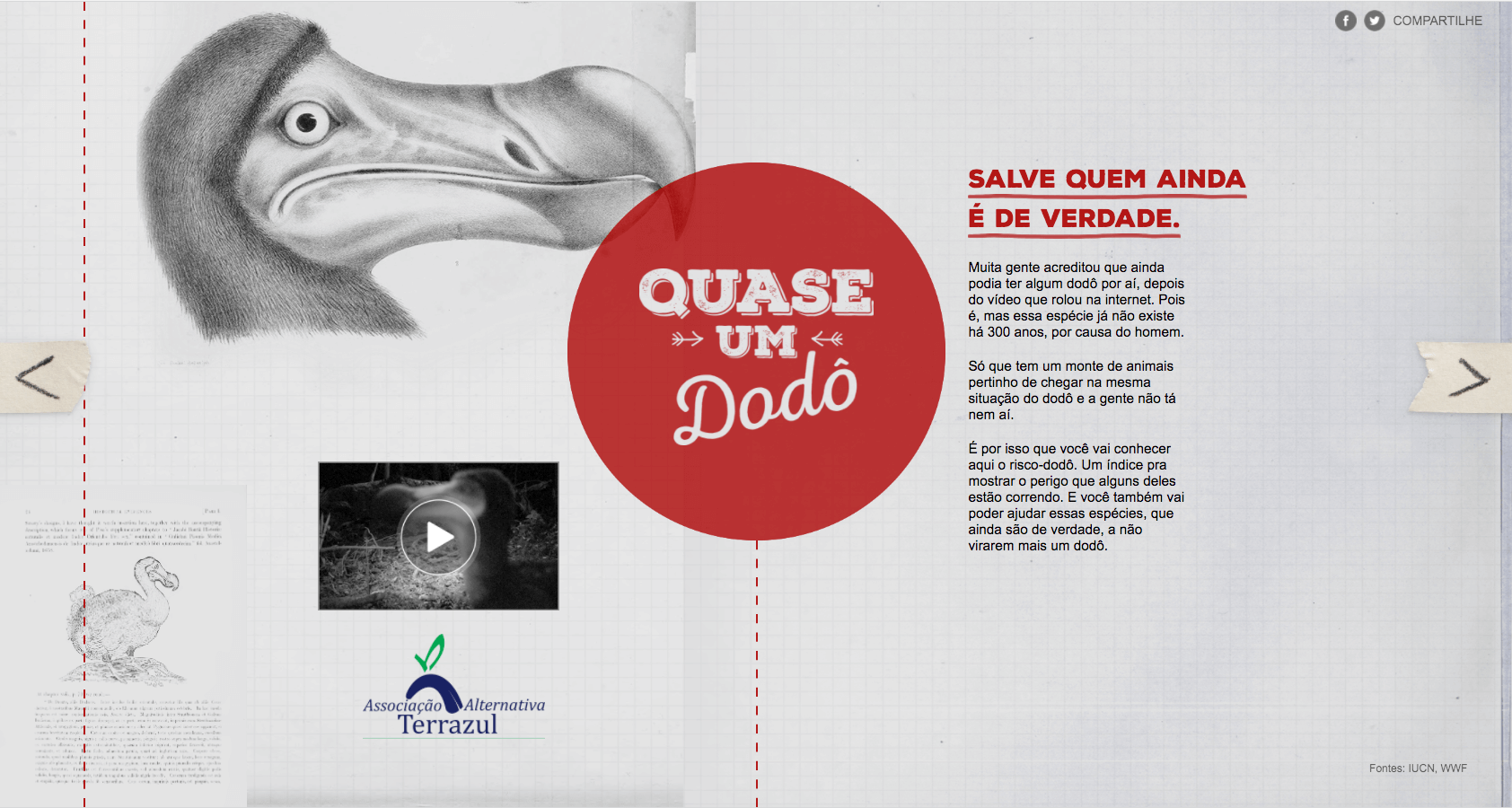 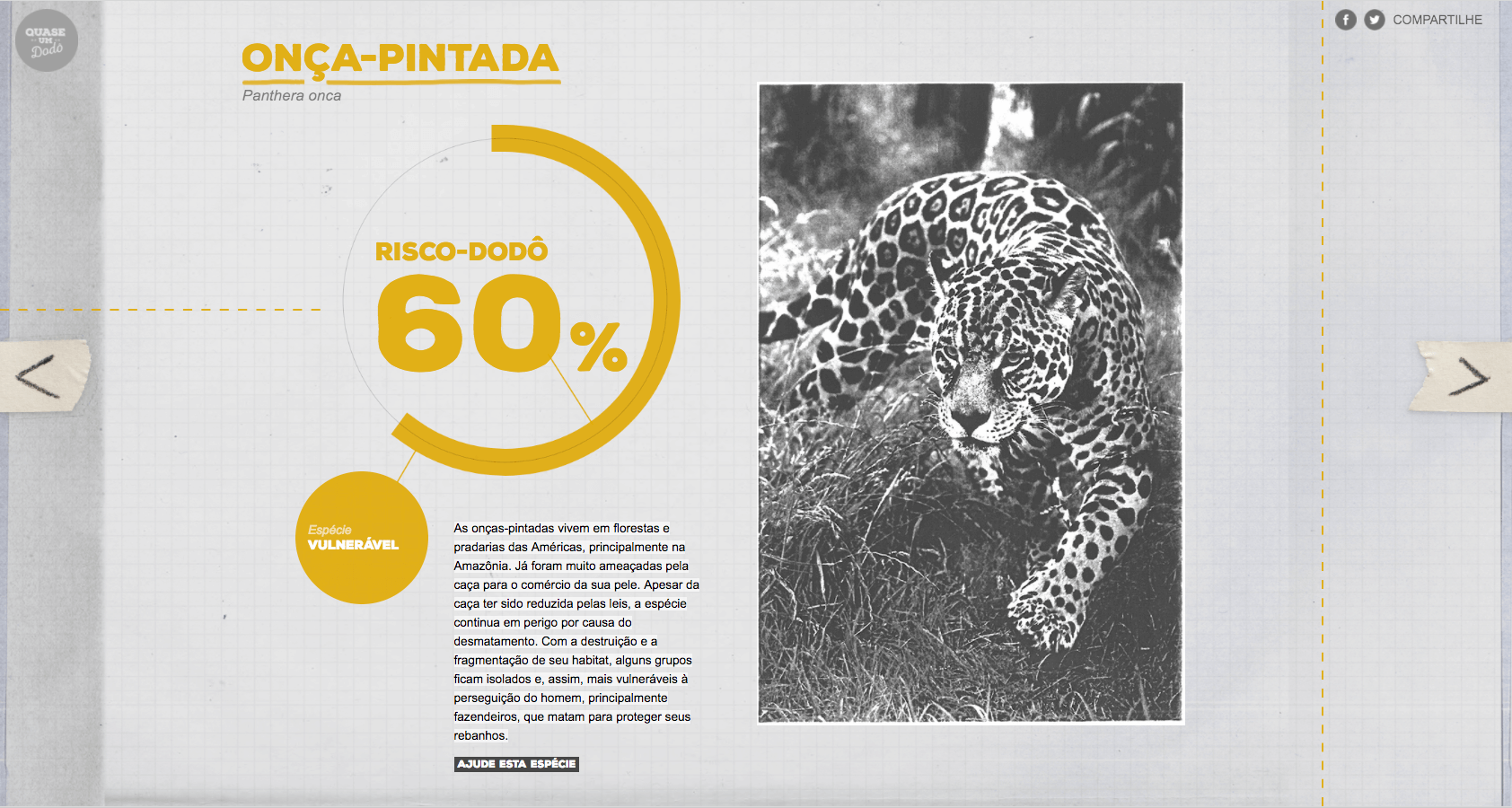 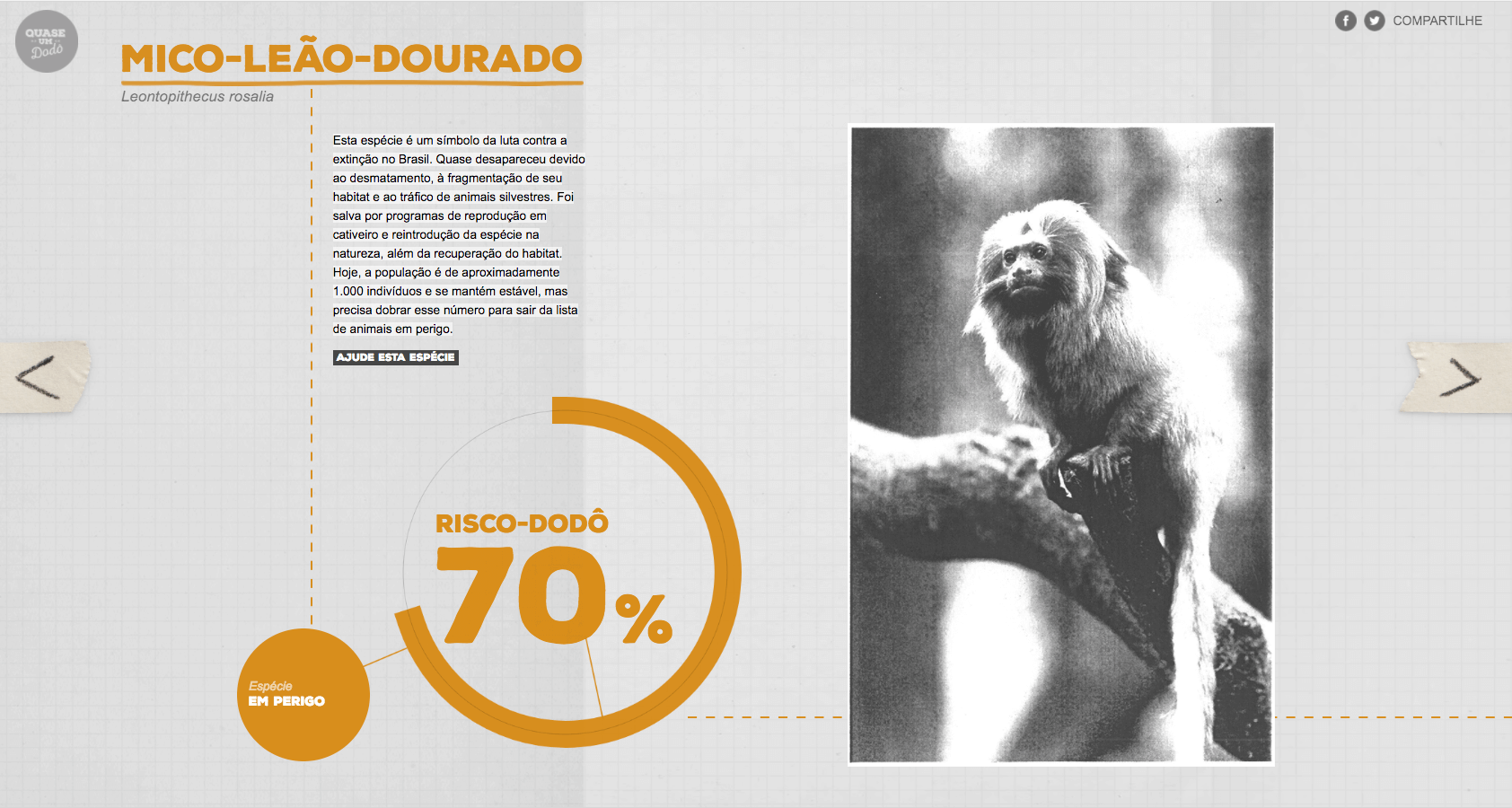 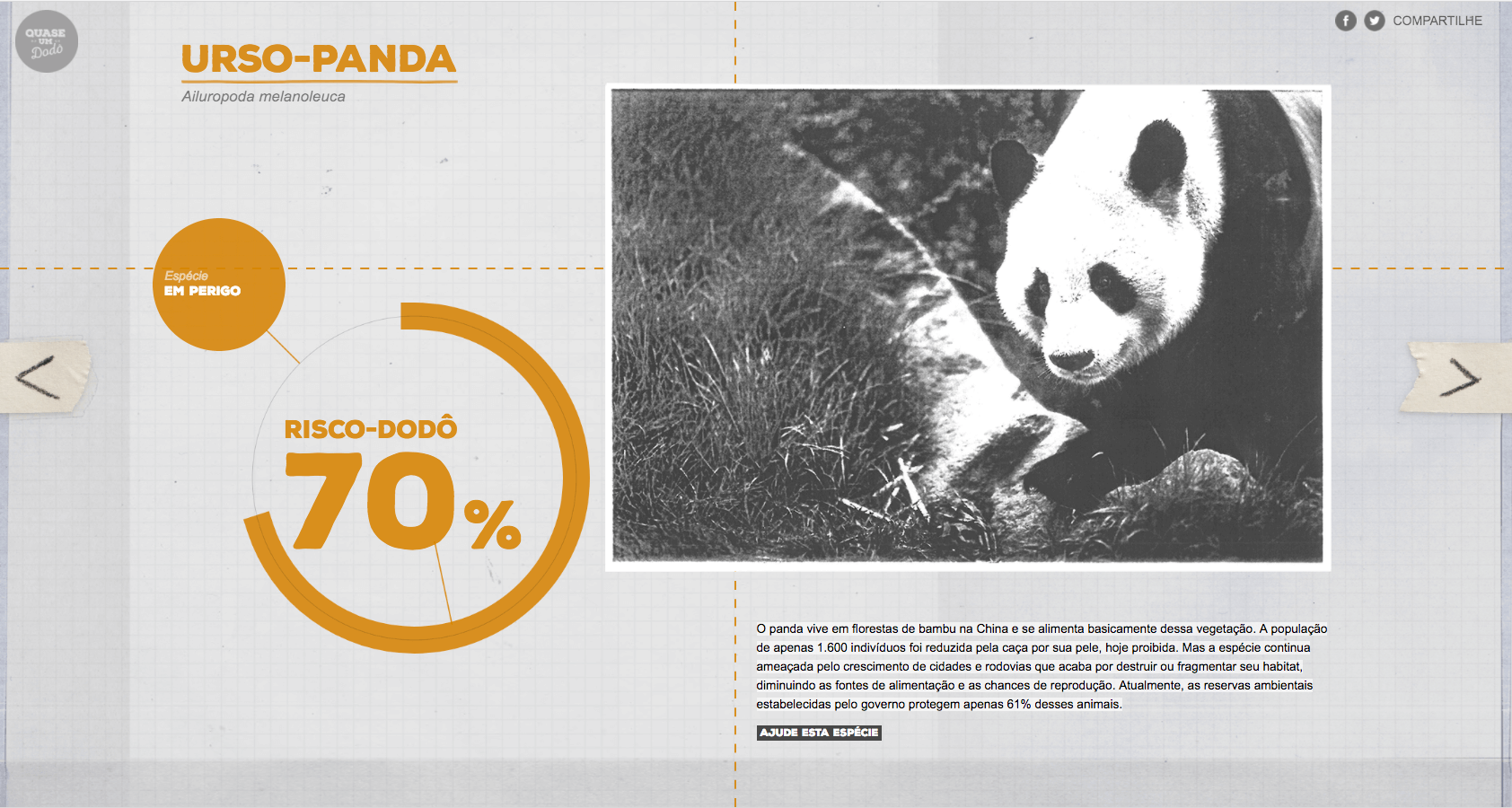 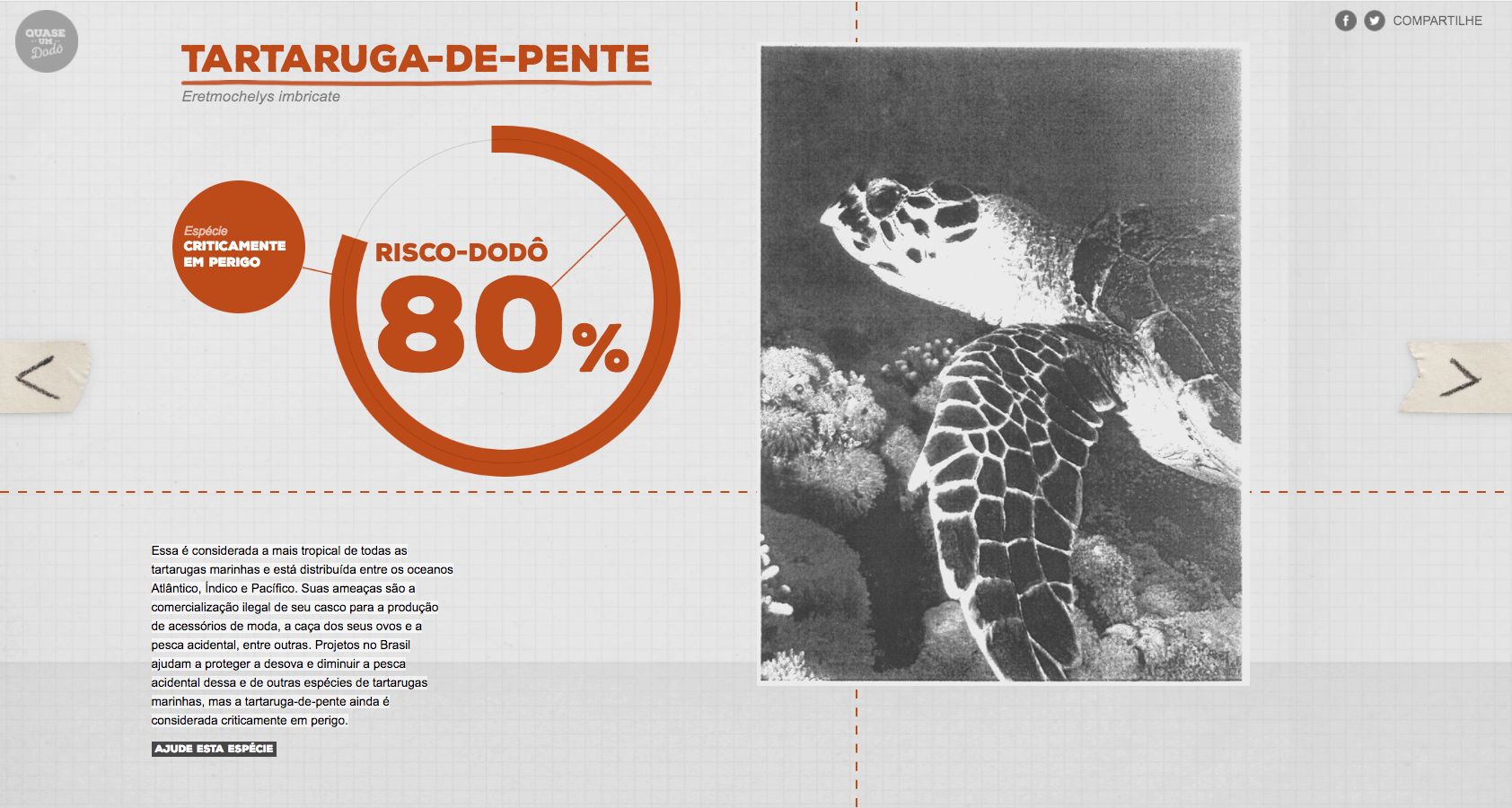 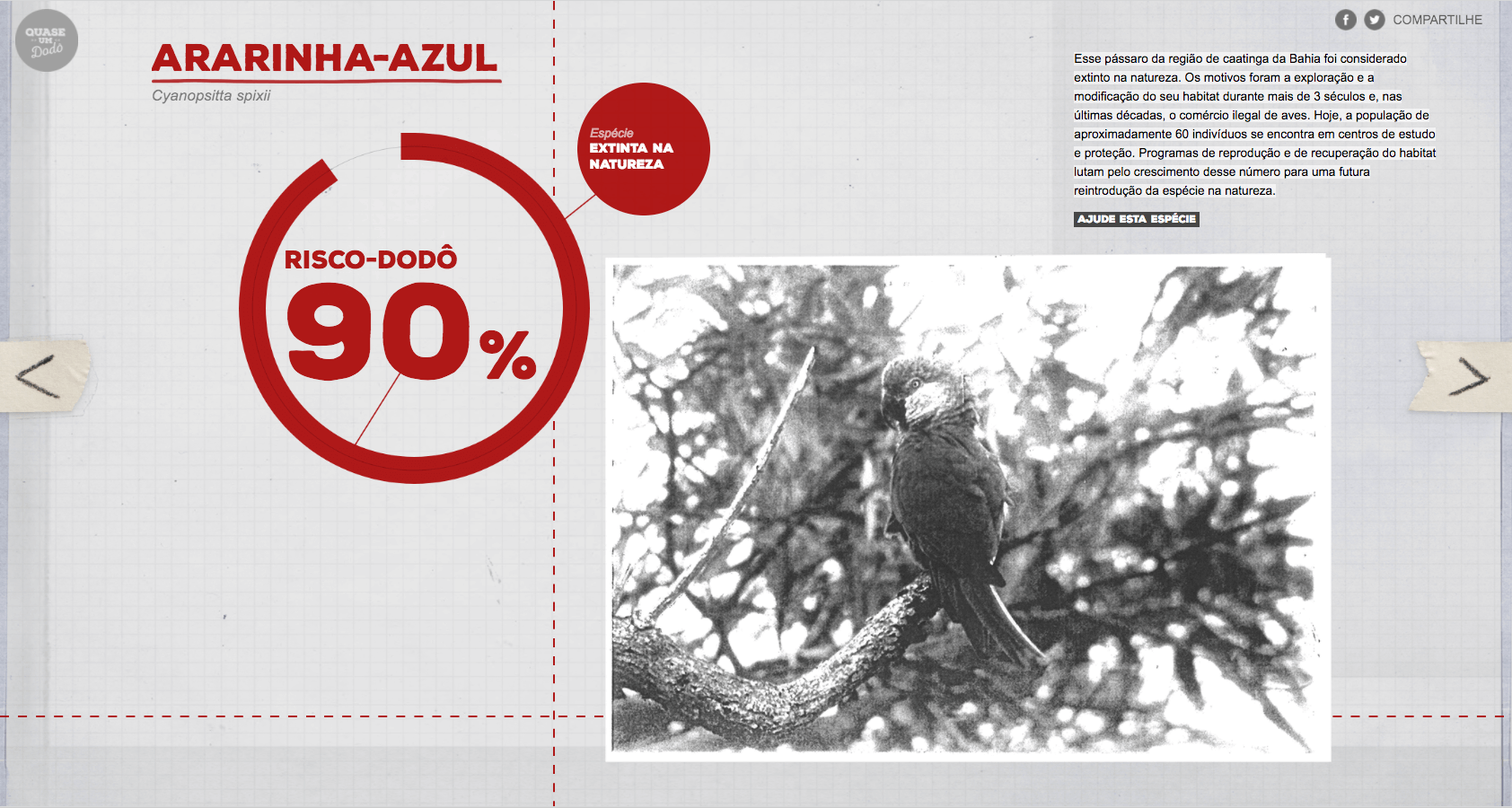 A Hotsite for the campaign "Nearly a Dodo", the campaign suppose that an extinct flightless bird back appears in a surveillance footage, it became a viral video made many users share, after some time the Hotsite revels the true and call the attention for the currently endangered animals.